The most recently adopted version of this ordinance shall become effective May 1, 2011.  The original Secondhand Smoke Control Ordinance had an effective date of May, 2007.

Click here to get answers to frequently asked questions and find out about an informational meeting on March 30, 2011 concerning the recently adopted ordinance which becomes effective May 1, 2011.

Stevenson Real Estate Services has developed a unique relationship with a technology company that converts an AC unit from an energy guzzler to a more efficient hybrid much like a hybrid car uses a battery for the gas engine to increase efficiency.  The AC unit will consume 95% less energy during the peak of the day because the state of the art unit stores energy at night and delivers that energy during peak hours.  Maintenance of an existing HVAC unit remains the building owner’s responsibility.  Qualified buildings must be structurally sound, three stories or less, and have HVAC systems compatible with the energy saving technology.  85% of HVAC units are compatible.  Buildings built before 1950 do not qualify, and there are 150 buildings in Glendale that are qualified.  The impact on a building is a 15% reduction in its power bill.  Energy costs are predicted to increase by 4% per year.  For more information, please contact any of our brokers at 818-956-7001.

For the first time in two and a half years, I have a very positive outlook for our local commercial real estate market.  Activity is way up since the last quarter of 2010 and pricing in the market has stabilized.  Buyers and sellers can get a real understanding of where the market is heading because there are more transactions and comparables to base pricing off of.    END_OF_DOCUMENT_TOKEN_TO_BE_REPLACED

WASHINGTON, DC-At long last, it is here: the bottom of what has been the worst real estate and capital market cycle in anyone’s recent memory. So says National Association of Realtors’ commercial economist George Rheiu. “There are multiple indicators suggesting that, on the commercial real estate side at least, we have hit bottom,” he tells GlobeSt.com. The most recent indicator was the upwardly revised GDP figures, now at 2.5%

Chinese Agency Downgrades US Credit Rating: Should You Care? 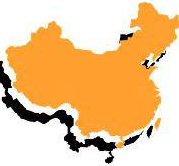 It’s unlikely to impact China’s decision to hold Treasurys. There’s no other market that can house the size of capital that they have. Full story: http://www.bityurl.com/2ad456. Source: CNBC.com

GOOD NEWS! The House passed the SBA version of the Small Business Stimulus Bill earlier today. The Bill, HR 5297 now moves onto President Obama for signature, which is expected early next week. This means that SBA fees will be eliminated on all 7A loans and drastically reduced on 504 loans. It also increases the SBA guaranty on 7A loans up to 90%. Both of these policy changes are immediate and run through December 31, 2010. In addition, the Bill calls for the future implementation of an increase in SBA 7A loans to $5.0 million and 504 loans to $5.5 million and will allow for debt re-financing through the 504 program. Debt refinancing through the 7A program will continue to be available also.