Fed signals no rate changes are coming in 2019

Fed officials, who gathered in Washington for their two-day policy setting meeting, unanimously recommitted to remain “patient,” agreeing to indefinitely stick with an extended pause on rate changes. They also signaled that the Fed wouldn’t hike rates in 2019. Read the Full Article.

Tony Maniscalchi and Mike Maniscalchi ended 2018 with a finish line production of over $57 Million in sales and leases.

Representing a diverse portfolio of properties from industrial to multi-family with values ranging from $250,000 to $19,500,000 from fundamental leases to a complex corporate merger involving several properties, Tony Maniscalchi and Mike Maniscalchi again finished the year in the firm’s top position.

We congratulate the Maniscalchi brothers for another great year! 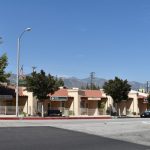