Southern California Apartment Rents are Expected to Continue Rising Through 2018 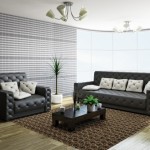 There are two major improvement areas:
1. Empire Project: Magnolia Boulevard to Buena Vista Street in Burbank, and
2. Ventura Freeway (SR-134) to Magnolia Boulevard in Burbank and Glendale.  Improvements include adding carpool lanes, widening bridges, constructing new on- and off-ramps, enhancing sound walls, upgrading the storm water drainage system, a pedestrian walkway, a reconstructed overcrossing, a realignment of ramps, a new interchange and undercrossing, the elevation of railroad tracks and an improved intersection.    Summary of Improvements.

Zoning rules state that nothing in the area can be taller than three stories.  A Hampton Inn & Suites is currently under construction down the street on Colorado near Central Avenue.  The City Council has directed plans be drawn up for two boutique hotels in downtown Glendale — a 130-room Hotel Indigo and a 117-room AC Hotel.  Full Story

Are you self-motivated, self-directed?  Can you work with others and enjoy building new relationships?  Stevenson Real Estate Services, a 55-year old independent real estate firm headquartered in Glendale, California is offering unique opportunities to work directly with experienced, highly-successful senior Agents, learning from some of the best in our office.
New to real estate and considering a paid internship?  Are you experienced?  Have an established book of business?
Please send your information to:
Tony Maniscalchi, SIOR, President
Stevenson Real Estate Services
Maniscalchi@sbcglobal.net 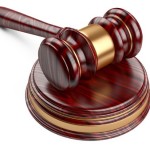 Multifamily Demand Continues to Rise, But How Will We Keep Up?

The demand for multifamily rental homes is booming.  Recently, the Urban Institute released a study that suggests 59 percent of new household formation over the next 15 years will be renters. Full Story

Metro’s board of directors agreed to move forward with a plan to close two railroad crossings along the San Fernando Road Corridor and variations of that proposal are expected to be heading to the public for community feedback by the end of the year.  Unanimous approval was given to close at-grade crossings at Doran Street and West San Fernando Road as well as Broadway and Brazil Street.  Full Story

Three potential routes would depart Burbank Airport below grade and run largely underground for 20 miles, passing 60 feet under the 5 Freeway. They would continue under the mountains, in some cases thousands of feet below the soaring peaks, before surfacing near Palmdale.  Full Story