The Federal Reserve once again left interest rates unchanged at a range of zero to a quarter of a percentage point, postponing a return to what it calls normal rates and reiterating that “it can be patient” in deciding when to begin raising rates.

Anyone submitting a document for recording can no longer “hide” its associated transfer tax from the public records by use of a separately attached declaration. Presently, Section 11932 of the California Revenue and Taxation Code provides an option permitting that the amount of transfer tax due for a taxable document not be disclosed on public record but, rather, declared in a separate paper attached thereto when presented for recording. Pursuant to Assembly Bill 1888 of 2014, effective January 1, 2015, Section 11932 is amended to repeal this option, thereby requiring that all documentary transfer tax declarations thereafter must be included in taxable documents and become part of the public record. This post is for informational purposes only.

Robots Get a Job at Lowe’s

This holiday season, the home improvement company is introducing two robots at a San Jose OSH Hardware store. The so-called OSHbots will help shoppers find goods and dole out “real-time” information on inventory and promotions, according to Lowe’s, which owns Orchard: http://tinyurl.com/lj3wzl8.  Source: LATimes.com

Rents to Keep Rising Across the Southland 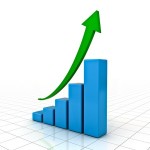 The cost of the average apartment in the Southland is projected to grow more than 8% over the next two years.
Read more
Source: LATimes.com 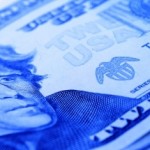 The California Competes Tax Credit is an income tax credit available to businesses that want to locate in California or stay and grow in California.  The tentative amount of credits that can be allocated is $151.1 million in fiscal year 2014/15 & $200 million in each fiscal year 2015/16 through 2017-18.  This post is for informational purposes only.   Reader to verify all facts.  Full story: http://tinyurl.com/n7y2qbk. Source: business.ca.gov.

A Tax Break That Saves History 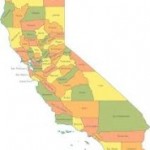 The bill AB 1999 requires that projects demonstrate they can generate at least as much tax revenue for the state as they get in tax credits. Full story: http://tinyurl.com/ncg49y9. Source: LATimes.com

California Assembly Bill 1103 requires building owners of nonresidential buildings to disclose their building’s energy use in advance of major financial transactions. These are: the sale of, the leasing of or the refinancing of the building. Quick Facts: http://tinyurl.com/m97ar5c and http://tinyurl.com/lsbd84l Green Econome Presentation: http://tinyurl.com/mxjketk. The information in this post has been furnished from sources which we deem reliable, but for which we assume no liability, expressed or implied. Interested parties to conduct independent investigation of all information. 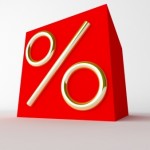